Because I was in complete agreement with myself, for the most part, this project – the redesign of my own website – only took a few weeks from concept to launch.  And because I’m a nerd at heart (although my son recently told me that I’m a nerd on the surface too which I consider a compliment) I’ve been playing with it on various devices, watching it adjust to my behavior and its environment with enviable fluidity. It’s called responsive design and it’s important because of the ubiquitous smartphone (1) and google’s most recent search algorithm update (2) which mightily favors responsive websites over those that are not.

‘The latest data shows that we are now well past the tipping point … Mobile digital media time in the US is now significantly higher at 51% compared to desktop (42%).’ 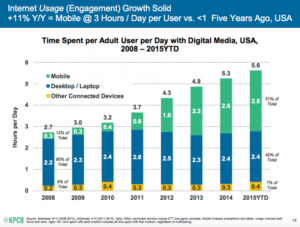 What they’re saying is this:

‘The implications are clear – if you’re not able to reach your audience through mobile search or display, or you’re not providing a satisfactory mobile experience you will miss out compared to competitors who are.’

A Bit of History

Ethan Marcotte wrote an introductory article about this approach in 2010 for A List Apart. It stems from the notion of responsive architectural design, whereby a room or space automatically adjusts to the number and flow of people within it:

“Recently, an emergent discipline called “responsive architecture” has begun asking how physical spaces can respond to the presence of people passing through them. Through a combination of embedded robotics and tensile materials, architects are experimenting with art installations and wall structures that bend, flex, and expand as crowds approach them. Motion sensors can be paired with climate control systems to adjust a room’s temperature and ambient lighting as it fills with people. Companies have already produced “smart glass technology” that can automatically become opaque when a room’s occupants reach a certain density threshold, giving them an additional layer of privacy.”

And while this concept is still, in large part,  futuristic for architecture, it is present-tense for web architecture.

More from my site 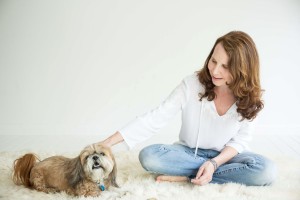